The brothers, Trevor and Justin Johnston, from Northern California who are the creators of Wallet Buckle, have one belief of their product: the most convenient way to carry your essentials. With the proposal of $500,000 in exchange for 10% equity of the company, will the sharks take this opportunity, or will they walk out of the deal? 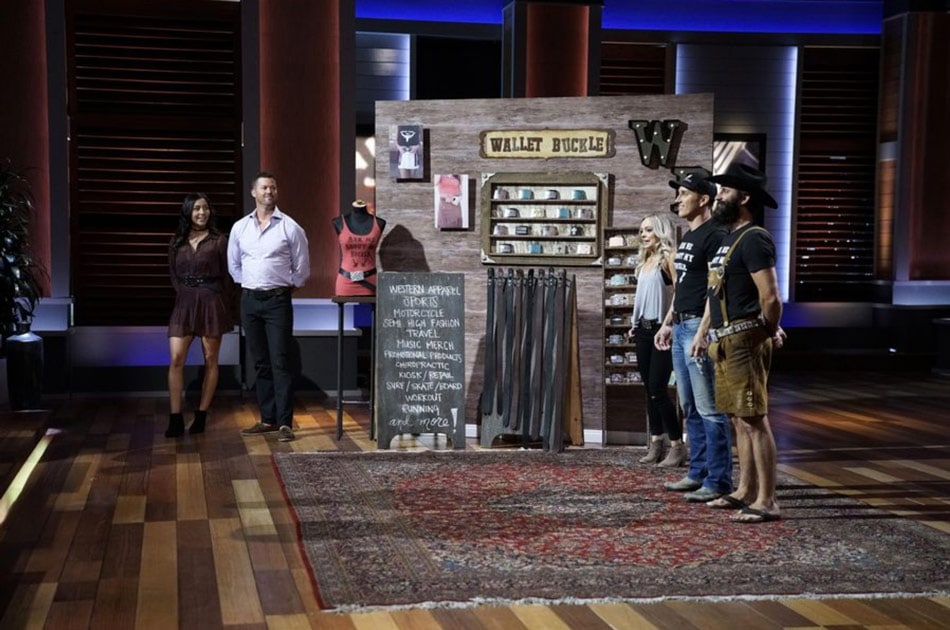 The Wallet Buckle allows you to safely and securely store up five credit cards. Even with only one card, it will not fall out due to the tension held. The buckle does not include the belt straps and according to Trevor, the belt strap sellers are keen on the idea. Wallet Buckle contains a variety of patterns and designs, including the American flag, crystal, and more.

As Justin mentioned, they were getting into retail with Buckle and they predict to have three million dollars in sales. Moreover, they had recently opened up kiosks in malls with the fee of $67 a day to get Wallet Buckle attention.

Offers by The Sharks

Kevin had too many concerns about the company. Not only did Kevin believe the evaluation was too high but he also worried about potential customers not realizing that the buckle can contain cards. Hence, he was the first to pass on the deal.

Robert was the second shark to back out of the deal as he thought the product with the size of a credit card was not going to work because it’s very limited.

Followed by, Daymond took the time to say that he liked the products, however, he said the evaluation of the company was so high and the product is hard to sell so he went out.

According to Mark, although big belt buckles are not unusual, the problem is that it is not a large enough market. As a result, he declined the offer.

Lori concerned that the business was too niche. In detail, as women wear dresses and skirts more often and their demand for belts is actually not popular. Therefore, she was out.

What happened to Wallet Buckle after Shark Tank?

Even though it is still early to discuss how the company is doing, Trevor and Justin are obviously passionate about what they are doing and their products. They are currently selling the products on their website www.walletbuckle.com or you can purchase directly online.

The wallet buckle is a unisex product that can hold up to 5 Credit Cards/IDs. It is designed to protect your important cards and IDs so you never have to worry about leaving them behind. When using a wallet belt buckle, you won’t have to carry your wallet to a festival, event, or a night out and lose it. It has many cool styles which anyone at any age can use.

At Investivate.com, we cover a wide range of topics including business, finance, entrepreneurship, success, personal development and much much more.

Under The Weather Pod Shark Tank Pitch by Rick Pescovitz